A Kazakh, London based journalist. Freelance Evening Standard diary. Experienced in writing copy, interviewing, and covering events in different styles and genres of publications. Speaks and writes in Russian and English. Can quote every single line in Forrest Gump. Bylines: Telegraph, The i, Daily Express. 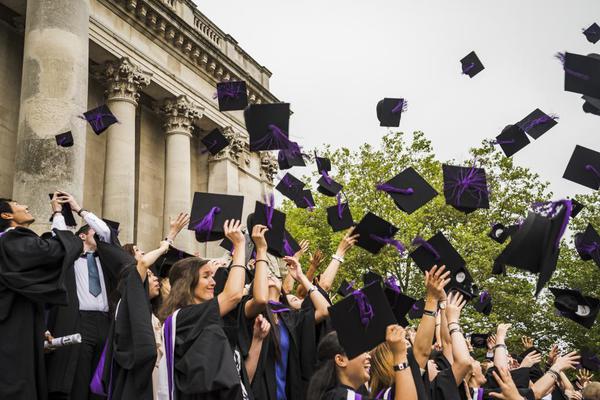 One Key Element Driving Growth in the U.K.’s Booming Edtech Sector | The Org

Online learning was important for years, but the pandemic has accelerated the need for dependable virtual learning resources more than ever. The U.K. is at the forefront of the edtech revolution. According to a report by global recruiter Robert Walters and data provider Vacancysoft, the sector grew by 72% in 2020, and the Digital Economy Council projected it to be worth more than £3.4 billion by mid-2021. 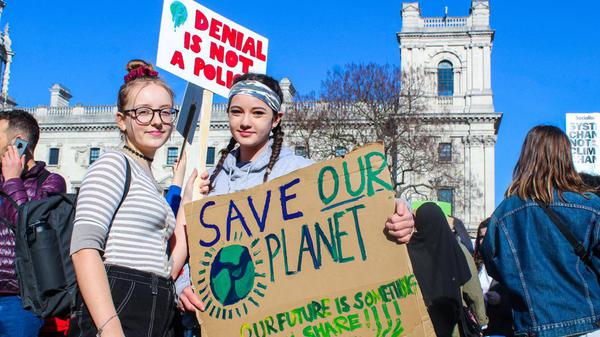 Taking action on the climate crisis is increasingly becoming a priority for all sectors across the economy, and as climate tech startups proliferate to address the crisis, investors too are jumping on board to tackle the issue. 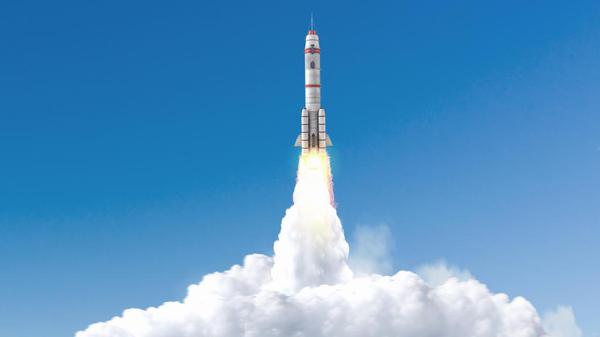 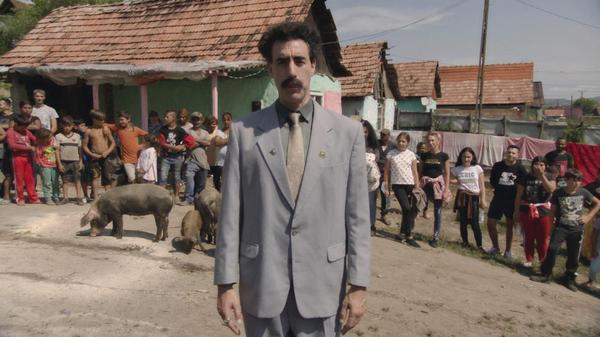 As a Kazakh, Borat’s satire feels like it punches down harder than it hits those at the top

Sacha Baron Cohen’s sequel, Borat Subsequent Moviefilm, was always going to elicit mixed reactions. Its power, like any satire’s, lies in people being shocked, offended and disgusted. On one hand, the Kazakh government has adopted the “Very Nice!” slogan into a tourism campaign. Conversely, the hashtag #cancelborat took off on Twitter, saying that the movie does nothing but mock Kazakh culture without knowing anything about it. 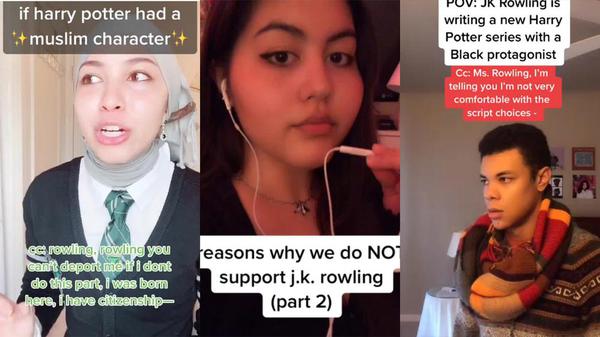 TikTok is reclaiming Harry Potter because JK Rowling ruined it

It might feel like eons ago that everyone was making fun of millennials for caring too much about their Hogwarts houses (it was in fact, only a few months back), but it seems Gen Z has done what it does best — reclaimed a pop culture trend and made it cool again via TikTok.
THE ORG • 27th August 2020

The banking industry, in which the clientele typically crave security and stability, may seem like a difficult one to disrupt – but that hasn’t stopped challenger banks in the UK fintech scene from growing rapidly in popularity. Some 23% of British adults (12 million people) have an account with a digital-only bank, according to a 2020 survey by consumer group Finder. 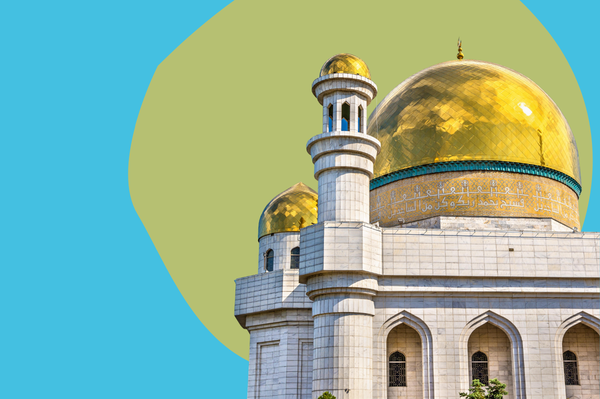 How I celebrate Eid as a ‘Muslim-ish’ woman from Kazakhstan

Eid al-Adha is a traditional Muslim celebration, honouring the sacrifice Ibrahim was willing to make for God. It marks a very holy period for followers of the religion. I’d learned the significance of it for the first time at 18-years-old at university in East London, despite having celebrated it many times before in my home country of Kazakhstan. 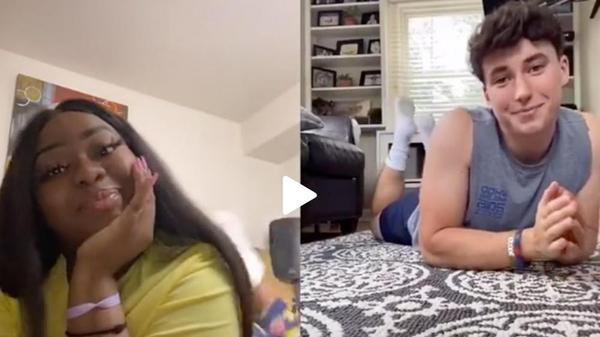 There isn’t yet a gap TikTok hasn’t filled in the existential void of online culture. Memes, lip syncs, and nearly every new pop culture reference either starts from the app, or finds its way there. One of the latest TikTok trends entertaining people has been “Tevin”, the ship name for Tati Mitchell (@thereal_tati) and Devin Caherly (@devincaherly), two TikTok performers who have used the app to produce a love story like no other through a series of ‘duets’ 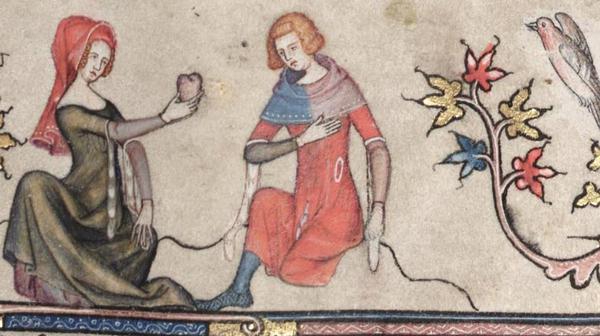 Medieval references have had a special place in pop culture for a while now. The aesthetics of the Middle Ages -- which spanned from the 5th to the 15th century -- have worked their way into different corners of the content we consume, from mainstream television to meme pages. Something about a time cursed by plague, where paintings largely consisted of ugly babies, vacant stares and brutal violence, has resonated with young millennials and Gen Z. And now it’s taking over our playlists. 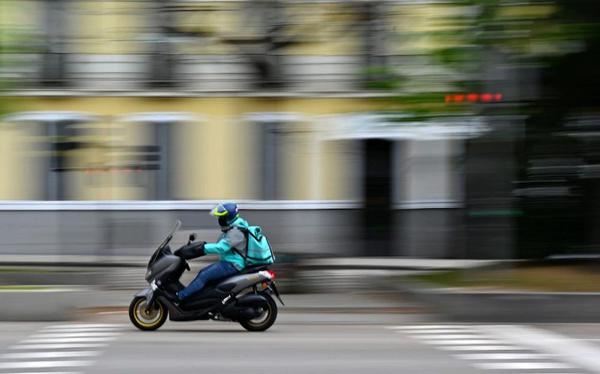 From unskilled to indispensable: how Uber drivers and Deliveroo riders charged into Britain's Covid-19 fight

Over 3.5 million people use Uber in London alone. Pre-pandemic, people used the app to get back and forth between business meetings, maneuver unfamiliar neighbourhoods, and get home after nights out. Now, ride-sharing apps have become essential for transport flow of key workers and goods. 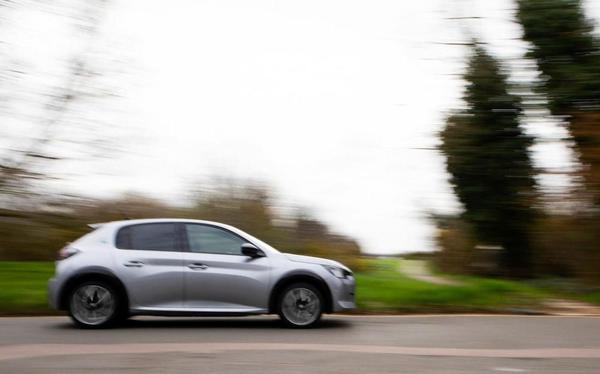 Silent but deadly: are electric cars too quiet for our streets?

“Although I prefer driving with the sounds off especially on the motorway for example, I now keep them on when in town type driving and in car parks.” 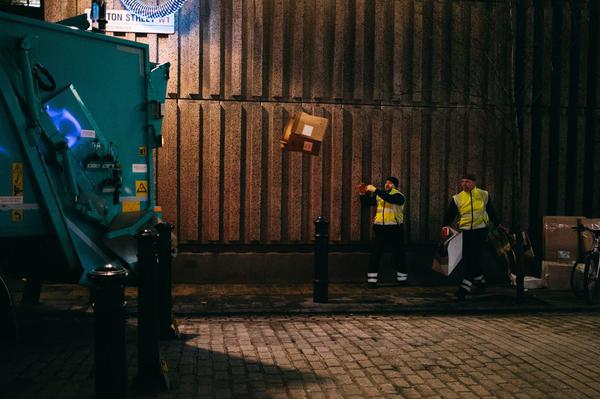 Electric bin lorries, the first of their kind in London, are to be introduced to Islington, the council has announced in a statement. The 26-tonne ‘eCollect’ trucks produce no exhaust emissions and are designed to work in urban environments. 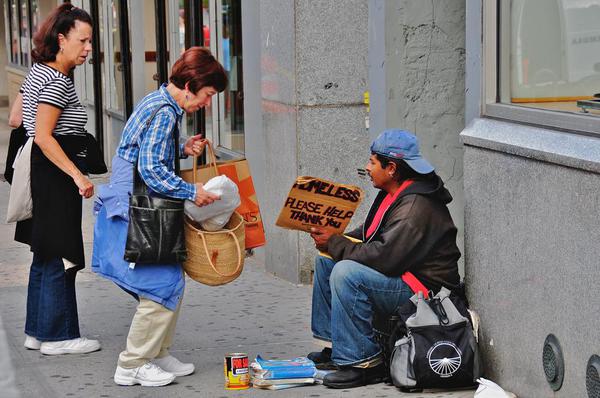 Homelessness taskforce set up in Islington to tackle dangers of coronavirus

A homlessness task force has been set up to tackle the dangers of coronavirus faced by homeless people, following an emergency council meeting. Islington is the first borough in London to take such a measure, with the task force being made up by grassroots groups, charities and local campaigners. 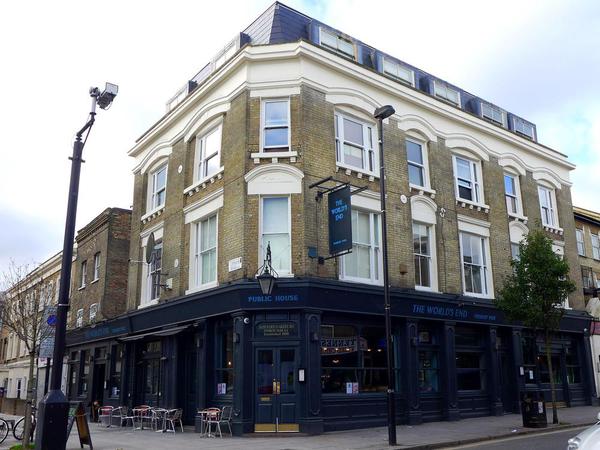 With pub-goers crowded around a TV with a pint in hand at this time of year, you might expect to see them watching the Six Nations, or the tense closing matches of the Premier League. Not so any more. 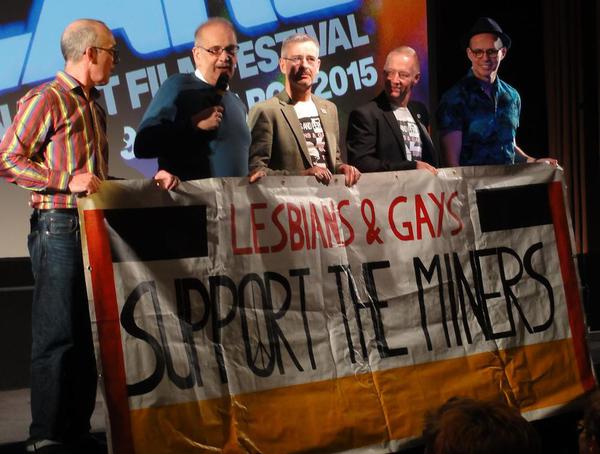 The Power of Love was soaring the radio waves. Marty McFly and Doc Brown were being shown on cinema screens across the country. Margaret Thatcher was in her sixth year as prime minister – and the miners’ strike was coming to an end. Thursday marks the 35th anniversary of the end of the miners’ strike. For Mike Jackson, co-founder of Lesbians and Gays Support the Miners (LGSM), “solidarity” is as important as ever. 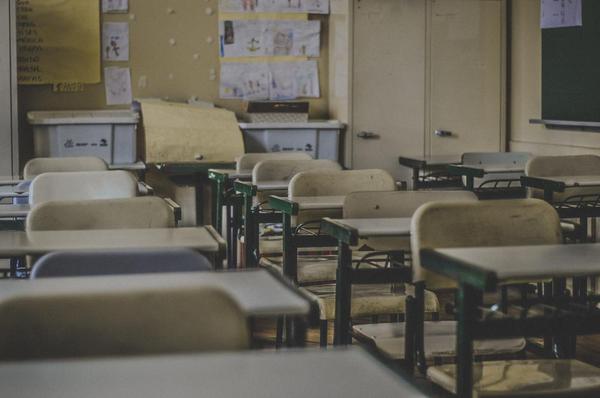 Islington schools are banning finger food and teaching “perfect hand-washing” in efforts to stop coronavirus spreading. Central Foundation Boys’ School near Old Street has advised pupils who had been abroad over half-term to self-isolate and be tested for the virus. In a statement on its website on Tuesday, the school announced that the tests had come back negative for two thirds of boys, with the final third still awaiting results.

An abandoned stuffed dinosaur has become the subject of a social media frenzy as a local Wetherspoons pub is desperate to locate its true owner. Wetherspoons staff have been taking the stuffed toy to various venues and sharing photos on social media, in an attempt to reach out to the dinosaur’s owner. 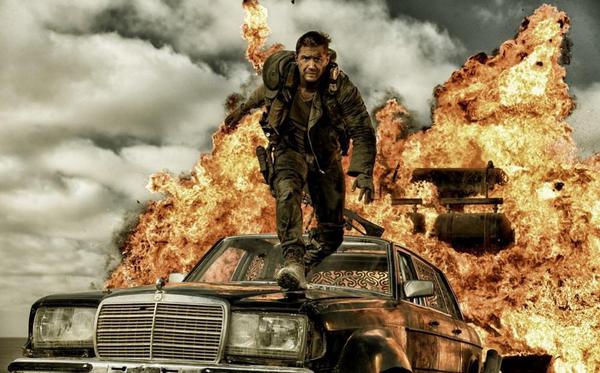 Road trips, car chases and heists: the best automotive movies of the 2010s

It's been a good decade for cars in cinema. Driving cars, racing cars, stealing cars – the 2010s have given us some of the most iconic and memorable automotive movies we've ever had the pleasure of watching. Cars have had a place in film for over a century now and, ten years into the 21st, that doesn't seem likely to change any time soon. Here are some of the best automotive films from the past 10 years. Whether you like car chases, small-budget dramas, thrillers or heartwarming family-focused future classics, there's something here for you to watch over the festive break. 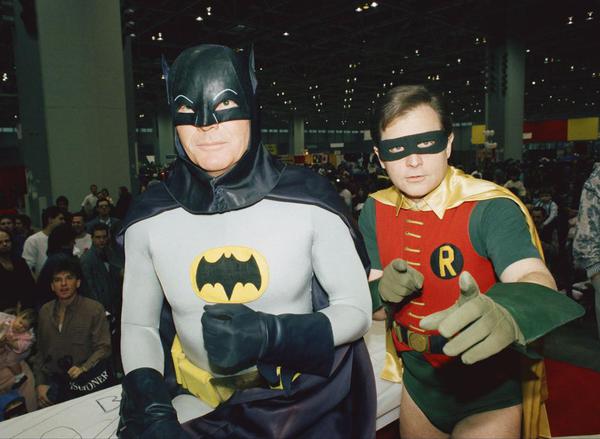 Batman-style police device to be tested by LA officers

Batman-style police device designed to ensnare suspects by lassoing their legs to be tested by LA officers. The cord is fired at 513ft per second and wraps around the target from two small barbs which attach to a person on contact. 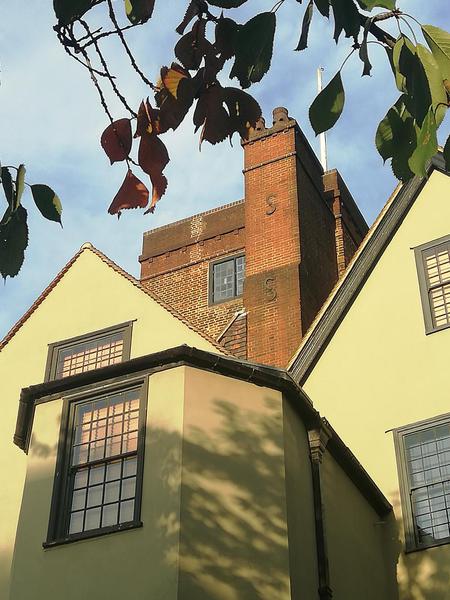 Move over Glastonbury: Canonbury Tower is the hottest ticket in town

Islington’s oldest building made history on Friday by selling out its tour tickets in 12 hours. Oonagh Gay, the Chairperson of Islington Guided Walks, which runs the intermittent tours of the Tudor era building, said that Friday’s ticket sales at Canonbury Tower were the fastest they had ever had. The tower is small so it can only take eight visitors at a time. Tours happen irregularly as they depend on the guides’ availability. Gay said that Canonbury Tower was a “pretty popular attraction,”
Load More Articles
Close ✕